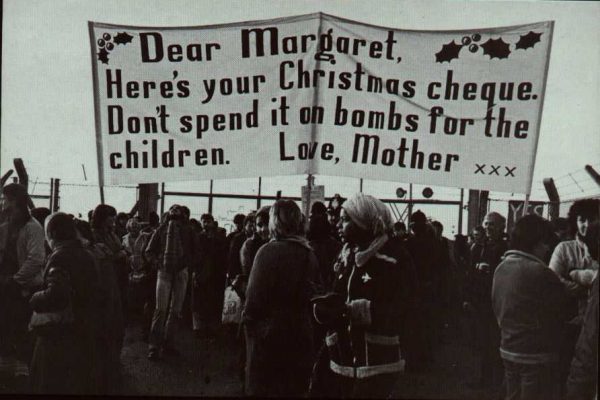 Used with permission with thanks to The Peace Museum, Bradford, where the postcard was donated.

The banner of course refers to Margaret Thatcher who was very pro-nuclear weapons as a deterrent to other powers, once stating “a world without nuclear weapons would be less stable and more dangerous for all of us”. The camp at RAF Greenham Common was set up to protest against the government’s decision to allow cruise missiles to be based there.

The postcard was donated to the Peace museum in 1998.