Avryl, her mum Marlene, her daughter Tembre, her sister, niece, neighbour’s kids and friends all traveled to Embrace the Base from Dorset after hearing about Greenham through a women’s consciousness raising group and CND. Avryl remembers Greenham being very welcoming, feeling at home and safe sitting drinking tea and chatting to women. She talks about the huge lesbian community which Avryl became part of, finding safety with women that she couldn’t find anywhere else.

She recalls putting ribbon and children’s toys on the fence, the holding of hands and the power that came from that. The community of women Tembre grew up with had a powerful impression on her. She is now a circle song leader; gathering women to sing, and feels she must have absorbed Embrace the Base as a child.

Avryl reads some of her mother, Marlene’s poems about Greenham which feature in her book of poems and writings pictured here.

The interview ends with Tembre singing a beautiful rendition of one of her grandma’s poems, who she says found her tribe at Greenham.

Avryl & Tembre were interviewed by Vanessa Pini in March 2021. 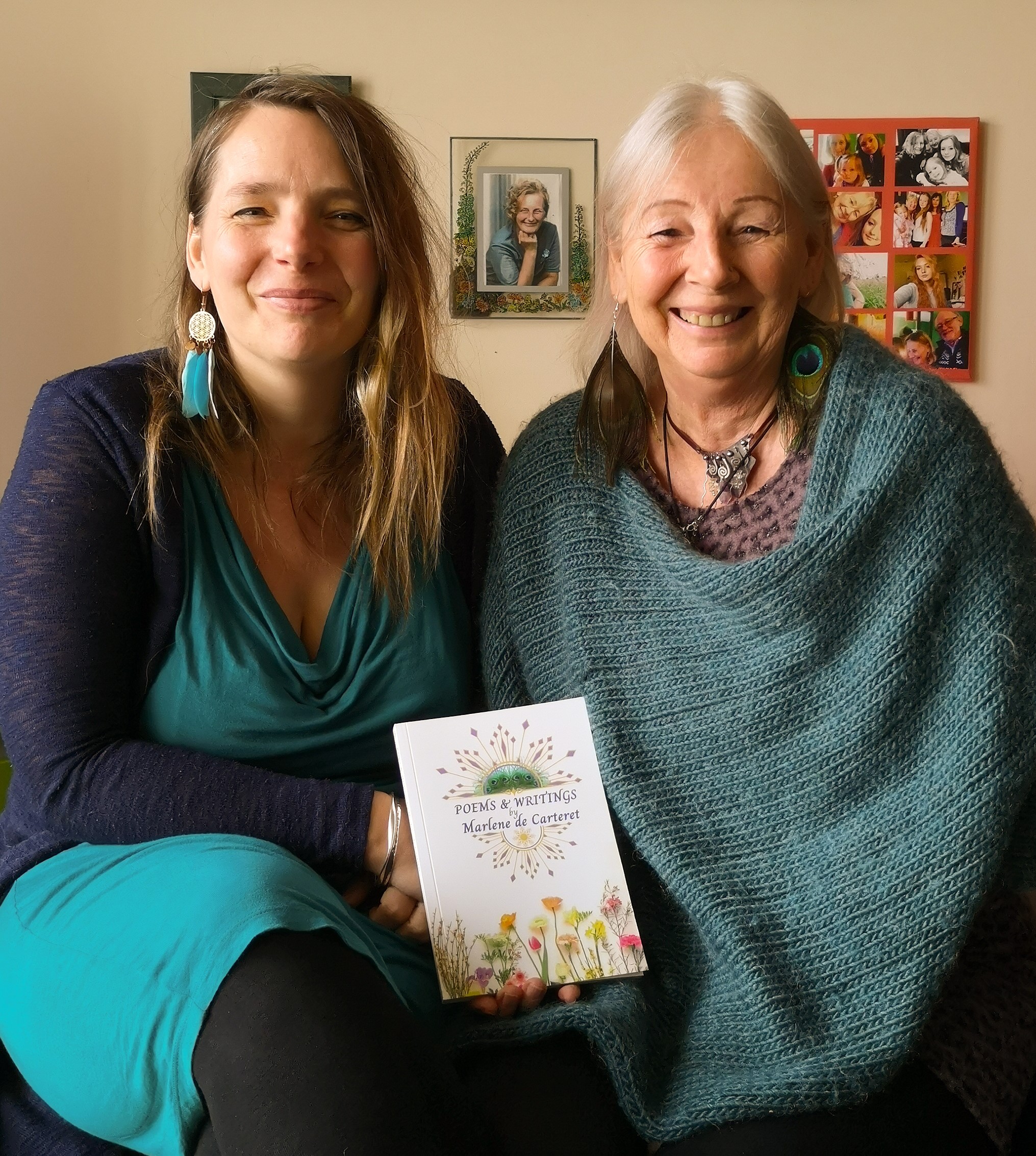