Weaving the Web/inars: Pacific Women Say ‘NO!’ to Nuclear Colonialism

Weaving the Web/inars: Pacific Women Say ‘NO!’ to Nuclear Colonialism

Five Pacific Women speak from their hearts. These women have personally experienced and witnessed the painful legacy of the colonialism that has been inflicted on their peoples for centuries. Emboldened by their inalienable cultures and enduring relationship with their ancestral homelands and oceans, they have each spoken out, becoming respected leaders amongst their peoples. And have dedicated their lives to reasserting their peoples’ inalienable sovereignty, the removal of foreign military bases, and a deep reassertion to caring for our Planet. These women represent their home nations of Fiji, the Northern Marianas, Guahan (Guam), the Marshall Islands, and the Philippines. 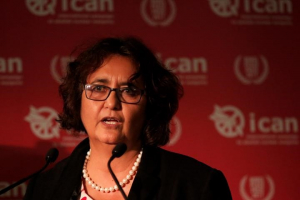 A Fijian academic and writer, Vanessa Griffen has long campaigned against the use and proliferation of nuclear weapons. Whilst a student at the University of the South Pacific she joined the anti-nuclear movement ATOM (Against Testing on Mururoa) and helped form the Indigenous-led, pan-oceanic Nuclear Free and Independent Pacific network. As a member of the International Campaign to Abolish Nuclear Weapons she presented at the United Nations negotiations on the Treaty on the Prohibition of Nuclear Weapons in 2017. 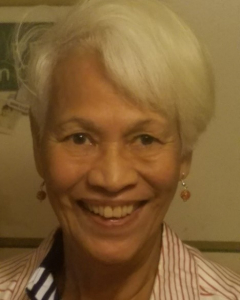 A Chamorro heritage custodian and teacher, Chailang Palacios has long been a pioneer of reasserting Indigenous rights and banning all things nuclear. In the early 1980s she was active against Japanese nuclear waste dumping in the Marianas Trench, just off her islands’ shores. In 1983 Chailang, accompanied by Maori elder Titewhai Harawira, toured Britain speaking to the wider peace movement. The stories they told shook all who heard them speak. Greenham women were horrified to learn that Pacific peoples had already suffered the nuclear devastation that they feared would develop in Europe. They formed the British-wide Women for a Nuclear Free and Independent Pacific network, raising funds so that other Indigenous Pacific women could visit Greenham. 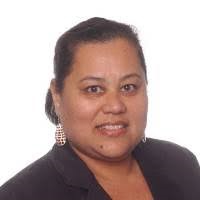 Indigenous Chamoru woman, Dr Lisa Natividad championed the exposure of human rights violations against her people and her homeland Guahan (Guam) which is a military colony of the United States. She speaks globally on the importance of decolonisation, demilitarisation, and the role of women in fostering safe and thriving communities. She has spoken most forcefully before the United Nations Fourth Committee, Decolonisation Committee, and the Permanent Forum on Indigenous Issues. A former member of the Guam Decolonisation Commission, she joined the Council of the International Peace Bureau in March 2021. 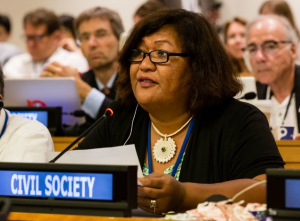 A former Senator for Rongelap Atoll within the Republic of the Marshall Islands (RMI), Abacca Anjain-Maddison is Deputy Chief Secretary of the RMI government. Born on Rongelap Atoll before the 1954 US nuclear test on nearby Bikini Atoll, she and her whole community were heavily contaminated by nuclear fallout. It wasn’t until three days later that the US military evacuated the Rongelapese. By that time they were suffering from radiation illnesses. They were relocated to tiny Ebeye island in Kwajalein Atoll already a US military base. It is this experience that Abacca spoke about when she delivered the closing address on behalf of the International Campaign to Abolish Nuclear Weapons (ICAN) following the United Nations’ adoption of the Treaty for the Prohibition of Nuclear Weapon in 2019. 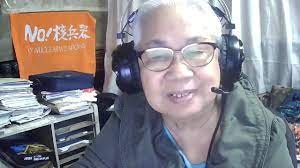 Lawyer, Corazon Valdez-Fabros has at various times been the Chairperson of the Pacific Concerns Resource Centre (the Secretariat of the Indigenous-led Nuclear Free and Independent Pacific Movement); a Co-Vice President for the International Peace Bureau; and the Secretary General of the Nuclear Free Philippines Coalition which, established in 1981, consisted of a coalition of 129 national and sectoral organizations that, through lobbying together, incorporated a nuclear weapons free provision into their national Constitution,   instigated a new military bases agreement with the USA which led to the removal of the US military bases in 1992, and facilitated the clean-up of the former US bases. In 2000 she spoke at the International Meeting of the World Conference against A & H Bombs. She was Chairperson of Peace Women Partners when it convened its 2009, 2016 and 2020 International Conference on Women, Peace and Security.

Irish-Australian Dr Zohl dé Ishtar lived at Greenham Common Women’s Peace Camp from 1983 to 1988 where she initiated the British-wide network Women Working for a Nuclear Free and Independent Pacific. She arrived at Greenham Common after riding her bicycle through Australia and Europe with the World Bike Ride for Peace, Disarmament and a Nuclear Free Future during which she informed peace groups about the nuclear-colonialism of the Pacific. Having worked with Indigenous Australian and Pacific women since 1979, she travelled widely in the Pacific in 1986-1987. From 1999 to 2019 she lived with Aboriginal Women Elders in Australia’s Great Sandy Desert helping them establish and manage their Kapululangu Aboriginal Women’s Law and Culture Centre. She is one of the 1000 Women Across the Globe which was nominated for the Nobel Peace Prize in 2005. She authored two books: Daughters of the Pacific (1994) and Holding Yawulyu: White Culture and Black Women’s Law (2005).

Zoom link will be emailed to all ticket holders 30 mins before event begins.