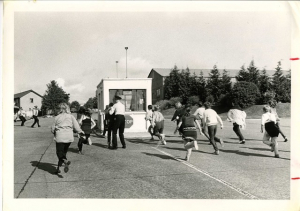 The Greenham Common Women’s Peace Camp, set up on 5 September 1981, played an important role in empowering women to achieve disarmament, starting with cruise missile deployments in Europe.
This first Weaving the Web/inar brings together two generations of women who visited, lived or connected with Greenham, to share experiences of nuclear disarmament campaigning, from Hiroshima to the UN Treaty on the Prohibition of Nuclear Weapons (TPNW).

Facilitated by Rebecca Johnson, who lived at Greenham from 1982 until the 1987 INF Treaty was signed, our panel includes:

★Setsuko Thurlow, schoolgirl in 1945 when she survived the atomic bombing of Hiroshima, who committed her life to peace and justice, and accepted the Nobel Peace Prize on behalf of the International Campaign to Abolish Nuclear Weapons (ICAN) in December 2017

★Ambassador Elayne Whyte Gomez (Costa Rica), who served as President of the TPNW negotiations in the United Nations in 2017 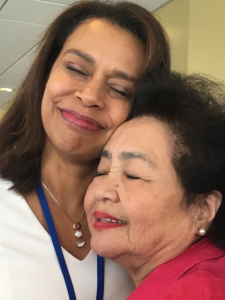 ★ICAN co-founder and researcher Dimity Hawkins AM, from Australia

★Disarmament educator Dr Kathleen Sullivan, who co-founded Hibakusha Stories and brought atomic bomb survivors to speak to thousands of students and officials in New York and beyond.

Looking to the future, we will discuss how women make a difference at all levels of peace and security activism and diplomacy. The TPNW, known as the Nuclear Ban Treaty, entered into international legal force on 22 January 2021, to prevent nuclear war and nuclear use and accidents. This new, multilaterally negotiated UN Treaty prohibits the use, production, possession and deployment of all nuclear weapons, along with a range of activities that could enable a government or terrorist to acquire and use nuclear weapons. It also sets out basic principles and pathways for existing nuclear armed countries to disarm and destroy their arsenals in ways that are effectively irreversible and verified, and also requires support for survivors of nuclear use and testing and remediation of affected environments.

As we weave our stories together we will look to the future and discuss how to fulfil existing treaties and end the scourge of nuclear weapons and other destructive technologies that threaten all life on Earth.

If You Love This Planet, please click this link to see Hiroshima survivor Setsuko Thurlow speaking when the UN Treaty banning nuclear weapons in 2020

Tickets here
Zoom link will be emailed to all ticket holders 30 mins before event begins. 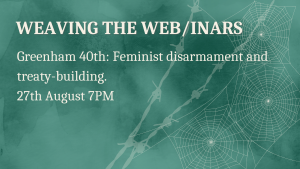