Fran became known as the woman who invited people for tea in her tipi, immortalised in the photograph of her by Edward Barber sitting in front of a large sign saying ‘Hello can you stop for a talk?’

She approached local residents in town as ‘a hippy in disguise’ to invite them for tea at the camp.

Fran was at times a signatory on the bank account, was interviewed many times, and spoke about Greenham at the UN.

Fran was interviewed by Florence Weston in 2019. 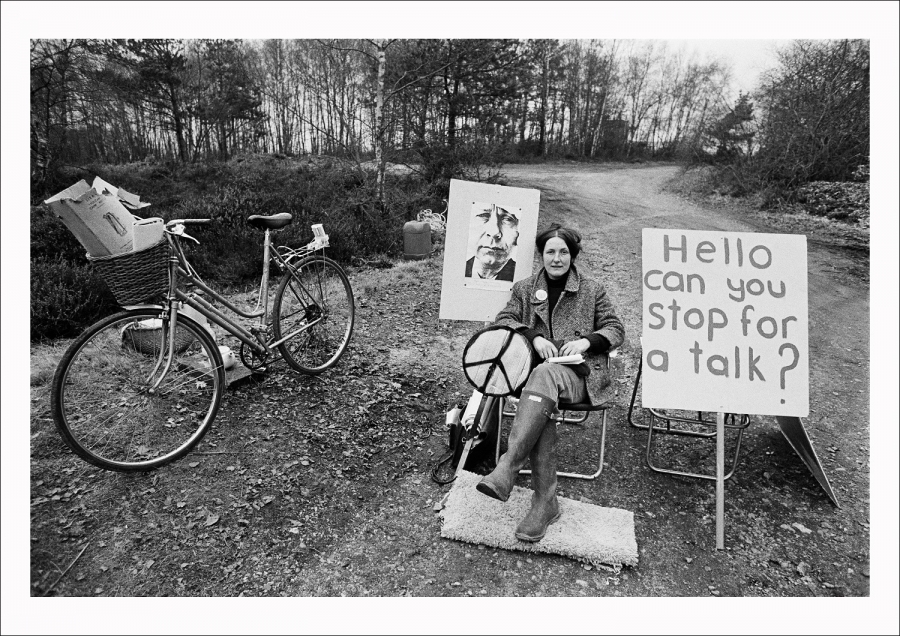