Sian was living in Southampton when GCWPC began. Orange gate, on the south side of the common, was the nearest for Southampton activists who were regulars at camp and beyond. Sian’s initial involvement included night watch, hot food runs and cruise watch. She enjoyed being on the land with women and the elements and even went to sea with the women’s boat action group.

She also talks about how the network of Greenham Women grew over the years and the development of other anti-war and international groups like WATFY (Women’s Aid To Former Yugoslavia) and Women in Black.

In this photo, Sian is staring at the muncher during an eviction at Orange Gate.

Sian was interviewed by Jill Raymond (Ray) in February 2021. 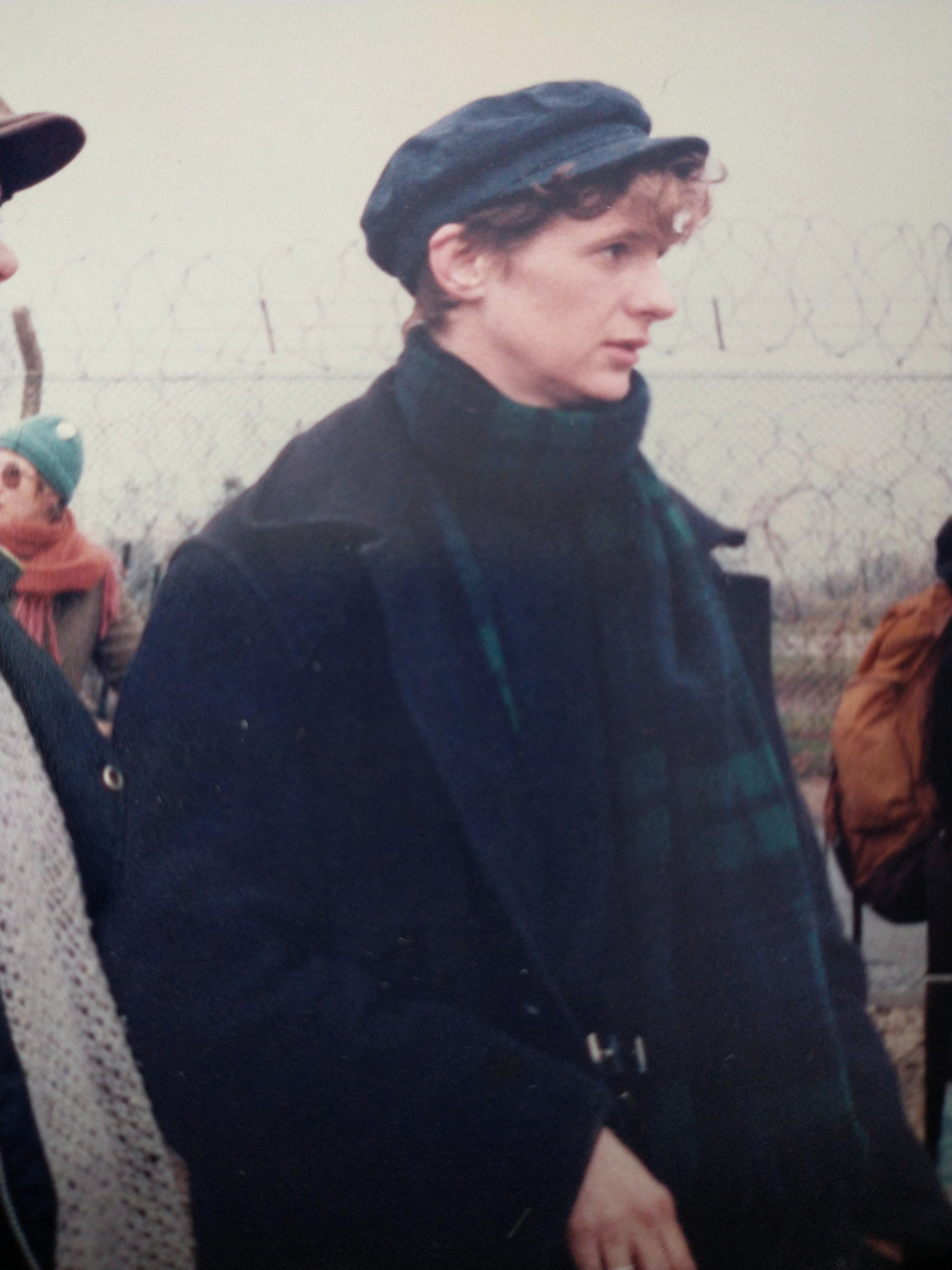